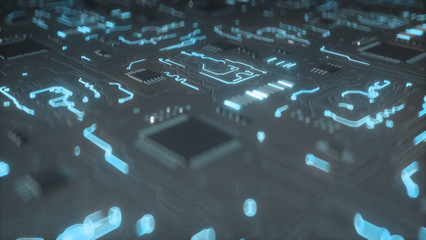 Example of Qualitel’s commitment to excellence in test services

Gordon Ross will be on the lookout at AUTOTESTCON for the latest technology and information that can enhance Qualitel’s rapidly expanding test development services.

Ross’ attendance at AUTOTESTCON – which starts Monday in Anaheim – marks the beginning of the executive’s third year as director of test services, a department that Qualitel has invested heavily in since Ross came on board.

In our next blog, we’ll share some of Ross’ discoveries and observations about the conference. AUTOTESTCON brings together the military and aerospace automatic test industry and government and military acquirers and users to share new technologies, discuss innovative applications, and exhibit products and services.

When Ross joined Qualitel, the veteran executive had other attractive options, but “I felt my skills could help Qualitel grow and I wanted to get back to my test engineering roots.” Ross spent 16.5 years at Jabil during a period of tremendous growth and “offering test services was a key ingredient of that growth.”

After Ross left Jabil, he spent seven years managing product development groups at Crane Aerospace and BE Aerospace. One of Ross’ top priorities when he joined Qualitel was to add a lot more technical expertise.  He expanded a two-person staff to a seven-member development team.

“I like getting involved in growing something and passing my knowledge and experience to the next generation of test engineers,” Ross said. “When I joined Qualitel, the Test Department was a production support function, which is important but it meant we were not offering test development services which companies like Jabil offer.”

“My belief is we can help our customers grow their business by offering expert test development advice. We were weak technically in the test engineering area and were unable to support customers. That’s no longer the case.”

The vision when Ross started was to expand Qualitel’s services offering to include test development which frees customers to focus on product development. Hiring additional test engineers is just one of many steps that have been taken since Ross came on board. Qualitel also has invested heavily in test software and equipment.

For example, Qualitel recently purchased a Keysight 3070 ICT Test System which delivers best in class test coverage on discrete components (Resistors, Capacitors, Diodes, Inductors, Transistors etc.) and digital devices. Testing is at net level and the aim is for 100% coverage, ensuring any failing devices or manufacturing issues are caught before functional test. The test times are extremely quick with most tests completed in less than 60 seconds. Adding this system allows us to provide better coverage while reducing the test cost per board.

Testing is often an afterthought for many electronics manufacturers, Ross said, which can be a costly mistake that sticks with you until the end of the product’s lifecycle.

“A lot of customers do not have test engineering departments,” Ross said. “They tend to use their product designers to provide testing for their products.”

“By offering test development services we can leave them to concentrate on what they are best at, knowing we will provide a full service to ensure the product is built as specified and tested fully.  I push for early engagement so we can influence the design to make it testable in a comprehensive and cost effective way.”

Here is what has been accomplished in Ross’ tenure:

While much has been accomplished, and Ross’ vision is in sight, there’s still room for improvement.

“I see further growth and development in the test department” Ross said. “We are still choosing preferred platforms and building industry partnerships.  So the pace of change will continue for a while yet!”

We use cookies on our website to give you the most relevant experience by remembering your preferences and repeat visits. By clicking “Accept”, you consent to the use of ALL the cookies.
Cookie settingsACCEPT
Manage consent

This website uses cookies to improve your experience while you navigate through the website. Out of these, the cookies that are categorized as necessary are stored on your browser as they are essential for the working of basic functionalities of the website. We also use third-party cookies that help us analyze and understand how you use this website. These cookies will be stored in your browser only with your consent. You also have the option to opt-out of these cookies. But opting out of some of these cookies may affect your browsing experience.
Necessary Always Enabled
Necessary cookies are absolutely essential for the website to function properly. This category only includes cookies that ensures basic functionalities and security features of the website. These cookies do not store any personal information.
Non-necessary
Any cookies that may not be particularly necessary for the website to function and is used specifically to collect user personal data via analytics, ads, other embedded contents are termed as non-necessary cookies. It is mandatory to procure user consent prior to running these cookies on your website.
SAVE & ACCEPT